The StuPa is the highest representative body of student self-administration at the TUHH. Its members are elected in part by all students together and in part by the Fachschaften. Elections are usually held in early to mid-December.

The StuPa primarily deals with issues that affect all TUHH students and sets guidelines for other committees. For example, the StuPa decides on the budget of the student body and elects the members of the AStA.

The StuPa usually meets every two weeks (or once a month during the semester break). The meetings are open to the public, i.e. anyone who wishes can come to the meetings. 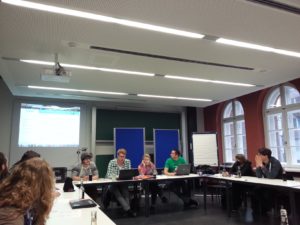 As a guest you are welcome to register via @tuhh-mail at stupa-praesidium@tuhh.de.